Flairsoft is a dynamic Information Technology firm and a certified Small Business serving, Defense, Agency and State-level clients across the United States. We are headquartered in Columbus, OH; with Federal operations at Albany, NY, as well as, Montgomery, AL and Oklahoma City, OK. Flairsoft uses State and Federal Government experience coupled with Commercial Best Practices to empower our customers in the acquisition of innovative business capabilities that optimize their business operational performance and minimize the overall software lifecycle costs. 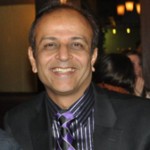 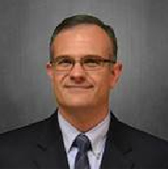 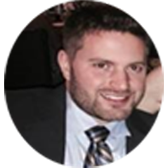 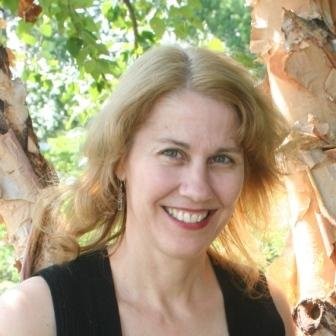 Mr. Dheeraj Kulshrestha is the owner and Chief Executive Officer of Flairsoft, a global information technology firm. Mr. Kulshrestha founded Flairsoft in 2001 and grew it to a strong and innovative technology solutions company serving Air Force, DoD, State of Ohio, State of Oregon and fortune 500 companies. Flairsoft has grown 20%+ in the past 3 years. His thought leadership got the Flairsoft team a unique recognition that is Topcat award for innovation from Tech Columbus community. Flairsoft today employs over 85 professional across multiple states within US.

Mr. Kulshrestha has more than 28 years of successful hands-on technical and management experience in design and delivery of large-scale software solutions in multiple domains including state government, financial services and education. He was successfully able to lead Flairsoft into doing work with US Air Force and establish a strong reputation of a technology savvy company back in 2006.

As an effective technology leader, he has delivered innovative technology solutions based on cloud computing, GIS, Service Oriented Architecture, e-Business, business intelligence and product development. He has served in a number of senior management roles involving strategic systems design, data architectures and advanced systems security management. He is an analytical thinker with the imagination and leadership skills to identify the idea that will best serve an agency’s bottom line. Mr. Kulshrestha inspires team members with his collaborative management style that promotes team involvement in strategic planning and open communication.

Mr. Kulshrestha has experience in delivering effective IT solutions for a variety of industries, including public utilities, government and financial services. Prior to founding Flairsoft, he served in a number of senior management roles. He holds a Bachelor’s of Science in Mechanical Engineering and a Master’s of Science in Computer Science from Texas A&M University. He also completed coursework towards PhD.

Jon DeGenova is a seasoned IT Manager with 17 years of experience managing engineering teams and 8 years of experience managing software development projects. His role involves gaining a thorough understanding of a client’s needs, proposing a cost effective solution, and managing the software development lifecycle using waterfall or agile methodologies. He is best known for bridging the communication gap that typically exists between developers and non-technical business professionals.

Greg Horvath serves as the Chief Technology Officer. He holds Bachelors and Masters degrees in Computer Science with a focus on workflow and enterprise transformation and innovation from The Ohio State University. He has over 12 years’ experience developing complex enterprise application in both local and cloud environments. He is Responsible for all technical aspects of the company’s strategy to ensure alignment with its business goals including product R&D, infrastructure and Dev Ops processes as well as RFI and RFP technical responses. One of his greatest passions is finding ways to provide simple and elegant solutions to problems through the application of technology.

Janice Adams is the Business Manager for Flairsoft Federal. In this capacity, she is responsible for account management and contracting functions for the federal division.

Janice is a native of Fairborn, Ohio where her father, a WWII Veteran, served as an attorney in the Judge Advocate General’s office at Wright Patterson Air Force Base. These deep military roots shaped her admiration for the mission and traditions of the US military branches and a desire to aid that mission. Prior to joining Flairsoft, Janice was a paralegal for a law firm in Charlotte, NC where she worked with a diverse base of business and individual clientele. She is adept at forming strong business relationships to facilitate successful partnering, and bringing insight from both a legal and business perspective. Throughout her career she has handled client’s needs and worked toward delivering the best outcome for them.

Ms. Adams holds both a BA in English and a BA in Photography from The Ohio State University. In addition, she holds a paralegal certificate from UNC Charlotte. 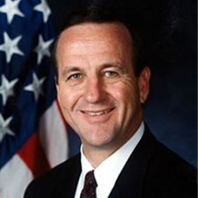 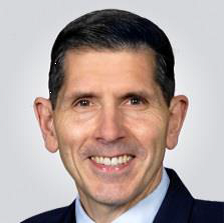 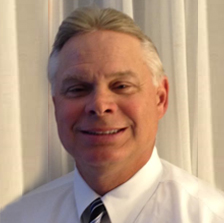 Mr. Weber serves as the senior advisor for Flairsoft to drive operational excellence and future business development strategy focused as it relates to Flarisoft’s products and services. Mr. Weber was a member of the Senior Executive Service, and served as the Director, 554th Electronic Systems Wing, Headquarters Electronic Systems Center, Hanscom Air Force Base, Mass. Mr. Weber directed an organization which comprises more than 2,200 military, civil service and contract support personnel with an annual budget exceeding $3.1 billion. The 554 ELSW designs, acquires, installs and maintains combat support systems for the Air Force and the Department of Defense. The wing, one of four acquisition wings at Headquarters ESC, acquires and maintains systems used by virtually every organization on Air Force bases worldwide.

Mr. Weber entered federal civil service in 1975 as a transportation management career intern with Headquarters Military Traffic Management Command. At MTMC, he served in various assignments culminating as Command Analyst for the Department of Defense and Army deployment programs. In 1983 he served briefly as a Strategic Mobility Planner in the Office of the Deputy Chief of Staff for Logistics, Headquarters Department of the Army. He then began serving in various positions within the Mobilization Division, Office of the Deputy Chief of Staff for Operations and Plans, Headquarters Department of the Army. From 1990 to 1992 he served as Chief, Mobilization Division, with oversight for developing and implementing Army mobilization policy and guidance.

Since his retirement from active duty in December 2014, C. D. has served as a senior consultant and board member for a variety of corporate, government and not-for-profit organizations. In this capacity, he provides guidance on business capture opportunities with government and aerospace industry customers, strategic planning advice for other business growth opportunities, and program execution guidance.

As a retired Lt Gen from the USAF, C. D. had nearly 35 years of experience leading large organizations and complex aerospace programs using his acquisition, test, and operations expertise. As the first Commander of the Air Force Life Cycle Management Center (AFLCMC), he built a new organization responsible for “cradle-to-grave” management of all USAF aircraft, engines, munitions, and electronic/cyber systems. C. D. is also an accomplished operational and experimental test pilot with over 3,000 hours in 30+ type aircraft including command and flight test execution of the first F-22 squadron. During his active duty time, he held command positions at the Squadron, Group, Wing, and Center level. He served as the Director of the F-16 and F-22 programs, and DPEO/Acting Program Executive Officer (PEO) for the F-35 program and the PEO for the $29B F-15 Saudi Program. He also served three tours in the Pentagon including as Director of Special Programs in the Office of the Secretary of Defense (OSD). During the early years of Operation Iraqi Freedom, C.D. deployed to Baghdad and served as the Director, Air Operations in support of the Multinational Force, Iraq.

C. D. was a Guggenheim Fellow where he earned an M.S. in Aeronautical Engineering from Columbia University. He also earned an M.S. in National Resource Strategy from The Industrial College of the Armed Forces (National Defense University). In addition, he holds a B.S. in Aeronautical Engineering and a B.S. in Political Science (International Affairs) from the United States Air Force Academy. He serves as a Trustee/part owner and Board Member for Dayton Aerospace Inc, a consulting firm headquartered in Dayton Ohio. He also serves on the Board of Trustees for Wright State University and the Board of Directors for the USO of Central/Southern Ohio, the Air Force Museum Foundation, the National Aviation & Heritage Alliance Foundation, Air Camp, and the Wright State Applied Research Corporation.

Kowal has served in various leadership roles in business and community organizations including the Armed Forces and Communications Electronics Association (AFCEA). Within AFCEA he has served as Board Member and InfoTech Chairman of the Dayton-Wright Chapter and President of the Central Ohio Chapter.